When it comes to electrical switches and contacts, many people seem to be confused by the terms Normally Open (NO) and Normally Closed (NC). The root of the problem seems to start with the fundamental concept of what it means to be open or closed. This post attempts to clarify those concepts.

In contrast, when it comes to electrical circuits, the terms open and closed are conceptually reversed. That is, electrons flow through a closed circuit, but do not flow through an open circuit. Therefore, the following statement is true: 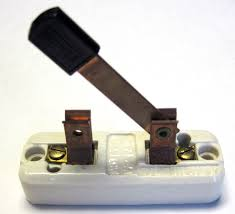 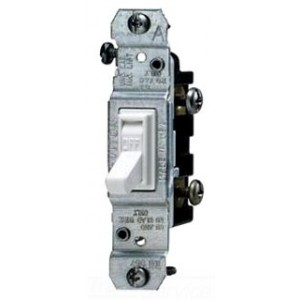 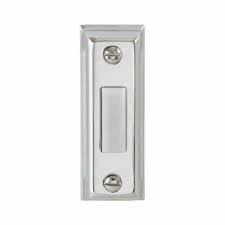 Limit switches are good examples of the HO and HC options. In the chart below, imagine that the triangle below the line is weight pulling the switch down. 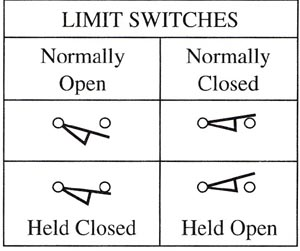 Magnetic window and door switches are good examples of Held switches. For example, wired security systems will generally use Normally Open switches that are Held Closed by magnets. That way, under normal circumstances, the electrical circuit is closed (i.e. conducting electricity). If the electrical circuit is opened for any reason (i.e. wire is cut, magnet falls off, door is opened, etc.) the alarm can sound.

Automatic closet lights work the opposite. The switch is Normally Closed and Held Open by a magnetic (or held pressed in by the door, etc). When the magnet moves away the switch returns to its closed state, which completes a circuit that activates a relay that turns on the light.